Showcasing awesome social recruiting is our jam. We've been having a blast featuring employers and recruiters who are using Facebook and social media to recruit. We're also pretty excited about March Madness. So it makes perfect sense to do a Link Love about social recruiting slam dunks!

There're so many cool ways to get social with recruiting and employer branding, that it's hard to pick just a few examples. But it's nowhere near as hard as it would be to restart my career from scratch and try to become a basketball super star — especially considering my diminutive stature and complete lack of agility. So, I'll woman up and get to it!

First, check out this amazing recruiting video that isn't actually a recruiting video. Cleveland Clinic made a video showcasing what it means to be a part of their organization in such an amazing way that any candidate would be honored to work for them. Warning, you will probably cry.

How should you reach out to amazing talent? With sports references, obviously.

"I LOVE THE WAY YOU BALL: How to Write a Crazy, Sports Influenced Recruiting Note To The Best Candidates" by Ken Dunn is a must read. Mostly because he is hilarious, but also because he knows what he's talking about. Killer combination!

If you want to win with social recruiting you've got to build relationships! Here's how to get connected with social media MVPs to take your game to the next level.

And last, but definitely not least, I'm going to toot my own horn a little and link to our fantastic interview with Reg Hamilton of Phoenix Group. This case study examines how Phoenix Group achieved amazing results using Facebook for both branding and recruiting.

Awesome Content and the Tools I Used to Find it! 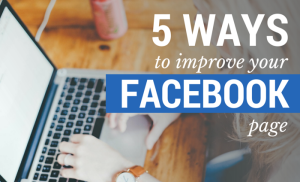 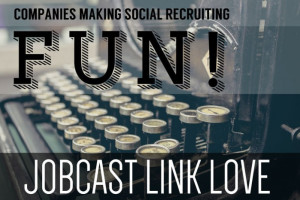 Women: Why They Don't Apply, How to Recruit Them, and Why
Jobcast is a powerful hiring app that engages candidates from your Facebook Page
Install for free
Read More