How to Make Recruiting With Facebook Ads Even More Awesome

Targeted Facebook Ads are one of the best ways to reach passive candidates.

Passive candidates make up about 86% of the US workforce (United States Labour Bureau). These candidates are NOT on job boards, simply because they are not looking for work, but EVERYBODY is on Facebook. This is what makes Facebook such an awesome recruiting tool. In fact, we've found that Facebook ads can often mean the difference between zero applications and a landslide of quality applications.

We've already written a step-by-step tutorial on how to use Facebook Ads for recruiting, but we thought we'd share a few simple ways that you can make your ads even more effective.

How to get the most out of your Facebook Ads campaign:

Before you log into your fully branded Facebook Career Page, before you even turn on your computer, but definitely after you've poured your first cup of coffee, take some time to think about your ideal candidate.

Whether you're looking for an experienced project manager or hourly workers for customer service position, spending an extra ten to fifteen minutes beforehand writing down what qualities, skills, and level of experience you want those candidates to have will save you hours later.

Once you have your list, write down how the characteristics you're looking for in potential hires are expressed on Facebook.

For example: You are looking to hire young, well put-together, high-school graduates to fill serving positions at your swank new restaurant. It's a plus if they have a lot of energy and the ability to lift large boxes of food stuffs. Well, you can't exactly type all of that into Facebook and expect to find much of anything.

But you could search for: Women and men between the ages of 18 – 25 who “Like” Banana Republic, Jamie Oliver, and Gold's Gym. Makes sense right?

Now that you know what you're looking for…

Why Facebook Ads work so well is that you can specify exactly who you want to reach.

(More examples of how to target candidates with Facebook Ads)

To take it a step further, you want to target the content of your posts as well.

For example: You can create two Facebook Ads. One that showcases your company culture in a way that will appeal to these candidates, and the second as a job post that is written using the kind of language and tone you think will most appeal to this audience.

Use “Custom Audiences”. This refers to an audience that you've built yourself, by inputting candidate information from networking events, your ATS, Email lists, or random street encounters! This is a great way of continuing contact with potential hires to grow your Facebook talent pool and convert them into applicants.

(A more detailed description of how to use Facebook Custom Audiences)

Have you ever seen Double Impact starring Jean-Claude Van Damme (JCVD)? If not, do it now. Your talent community can wait. It's worth it.

Okay, so now that we're on the same page. (i.e. We know that lookalikes kick twice as much a$$.) Let's talk about Lookalike Audiences.

Lookalike Audiences are built to target Facebook users who have similar characteristics to the candidates you already have. Okay, so that's totally confusing. Let's use an example:

You're looking to hire babely Judo masters to hunt down evil villains. You already have some interesting looking candidates on file, they have awesome martial arts skills, hilarious French(ish) accents, and look amazing in tight black pants.

But you need more applicants since, let's face it, there are a lot of evil villains out there that need defeating!

So, you can use Facebook Ads to target a Lookalike Audience that will reach Facebook users who have similar characteristics to the applicants already on your list. You'll have an army of JCVD-caliber candidates in no time!

(A more in depth explanation of Facebook Lookalike Audiences)

I could probably go on forever. Seriously. There are a million more ways to amp up your Facebook Ads and recruitment strategy, but, who has time for that?! These tips will give you the best bang for your Facebook Ads buck!

That means you'll have lots of time left to improve other areas of you recruiting strategy, like for example, by attending this cool, free webinar on the 3 Pillars of Passive Candidate Sourcing! All the cool kids are doing it.

Tooooo late! The webinar has come and gone, but you can still see the slides from The 3 Pillars of Passive Recruiting and you can always email us at social@jobcast.net, tweet @jobcastnet or find Jobcast on Facebook, if you have any questions 😀

Facebook Encourages Users to Show off Their Mad Skills! 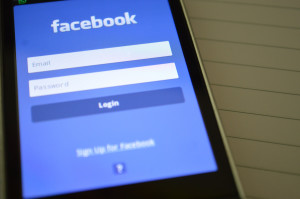 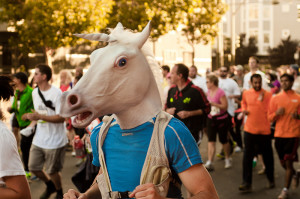 Taking the Plunge with Social Recruiting 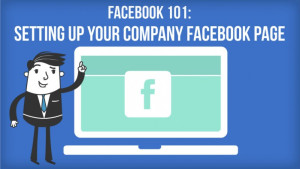 How to Set Up a Facebook Page for Your Business 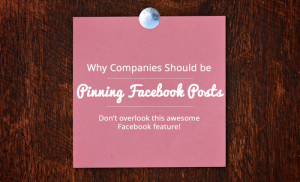