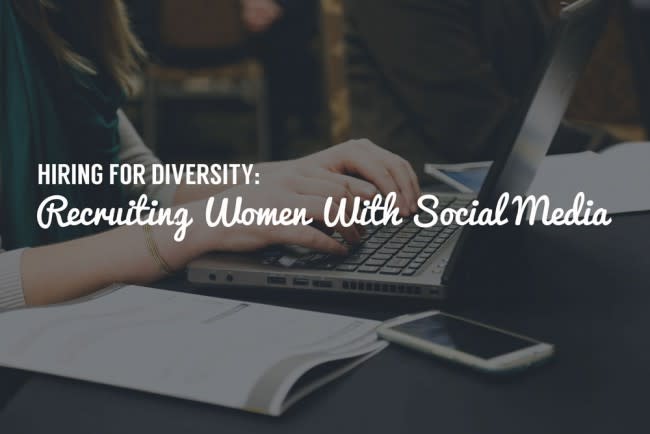 Why You Should Use Social Recruiting to Reach Women Candidates

It was International Women’s Day this past Sunday.

I celebrated by going to see Focus starring Will Smith and eating a large tub of popcorn.

This was not very feminist of me considering that this film does not even come close to passing the Bechdel test.

To make up for this crime against my gender, today’s blog post is dedicated to women in the workforce, more specifically the importance of getting more women into the workforce.

The case for hiring women is not just about equal rights. It is about doing better business. – Click to Tweet

In the last decade, research has proved that there is a significant financial and strategic benefit to hiring and promoting more women.

Here’s what the data shows:

Having a diverse team, that includes a significant number of women in key roles, is also vital for identifying with the female contingent of your market.

Here is a somewhat extreme albeit fitting example of why diverse teams are so important: an all-male team designed the first generation of airbags; this led to an airbag designed with only adult males in mind. The result was the avoidable deaths of women and children for whom the airbags were not properly configured. Diversity saves lives!

Having diverse teams not only saves lives, but it also leads to innovative solutions that address a larger portion of the market.

This is why recruiting more women has become a huge goal for employers and a heightened demand for qualified female candidates.

If your company wants to attract more women, then social media should be a part of your strategy. – Click to Tweet

Women may only make-up about 10% of the tech industry, but they do have a huge presence on the web.

78 percent of online U.S. adult females use Facebook while only 69 percent of men do!

Women are more active on Facebook and Twitter than men so it makes sense to try and connect with female candidates on these channels.

To reach them, create Facebook Ad campaigns that target women specifically and tailor your content and hashtags so that they appeal to female candidates.

Social media is where today’s employer brands are built. And a female-friendly employer brand is an essential part of attracting women candidates.

Great female candidates are not only in high demand, but they are also wary of ending up at a company with a culture that does not welcome them. There is a strong chance that the women you want to recruit have been burned in the past and as such, are paying very close attention to your employer brand.

Industries such as engineering and tech have been publicly criticized for promoting a work environment that is hostile towards women.

Companies in these industries have turned to social media to show women that their company culture is one that elevates and celebrates female talent.

You can use your social media channels to build a woman-friendly employer brand by sharing content promoting women in your field, highlighting the impact of current female employees with employee profiles, and advertising the benefits and perks available to women that work at your company.

How to create employee profiles to build your employer brand.

If your company doesn’t yet pass the Bechdel test, then it’s time to implement a social recruiting strategy to engage, attract, and recruit some awesome female talent! 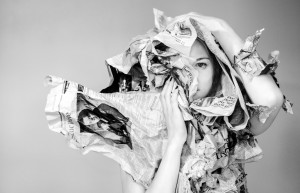 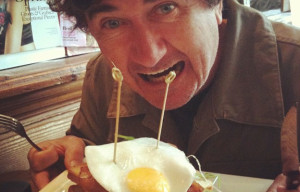